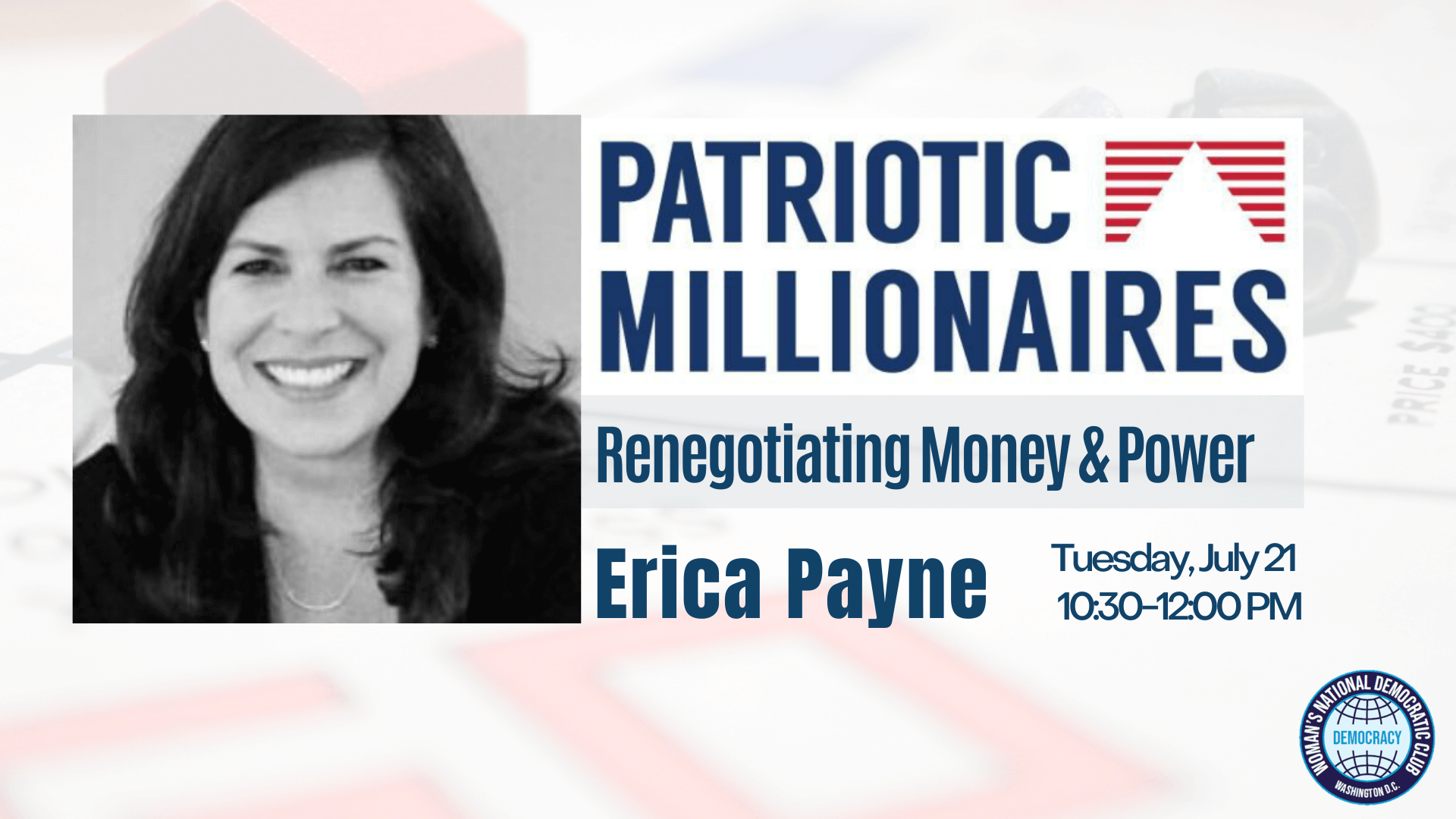 Erica Payne is the Founder and President of Patriotic Millionaires, a group of high net-worth Americans that speaks out against income inequality and unfair tax cuts for the rich. She is also the founder of The Agenda Project, a Washington‐based hub of public policy discussion and strategy debate for progressive activists from business, media, philanthropy, government, and non‐profit.

A fearless advocate for economic justice, Erica Payne has appeared on dozens of media outlets from NBC to Fox News. She is the author of The Practical Progressive: How to Build a 21st Century Political Movement. With Dr. Rob Johnson she co-wrote “Make Markets Be Markets,” a post-crisis analysis of financial regulation and the US banking system.

REGISTER FOR THIS ZOOM EVENT