Tues, Jun 16 – Adults in the Room? Examining the Presidency of a Toddler in Chief 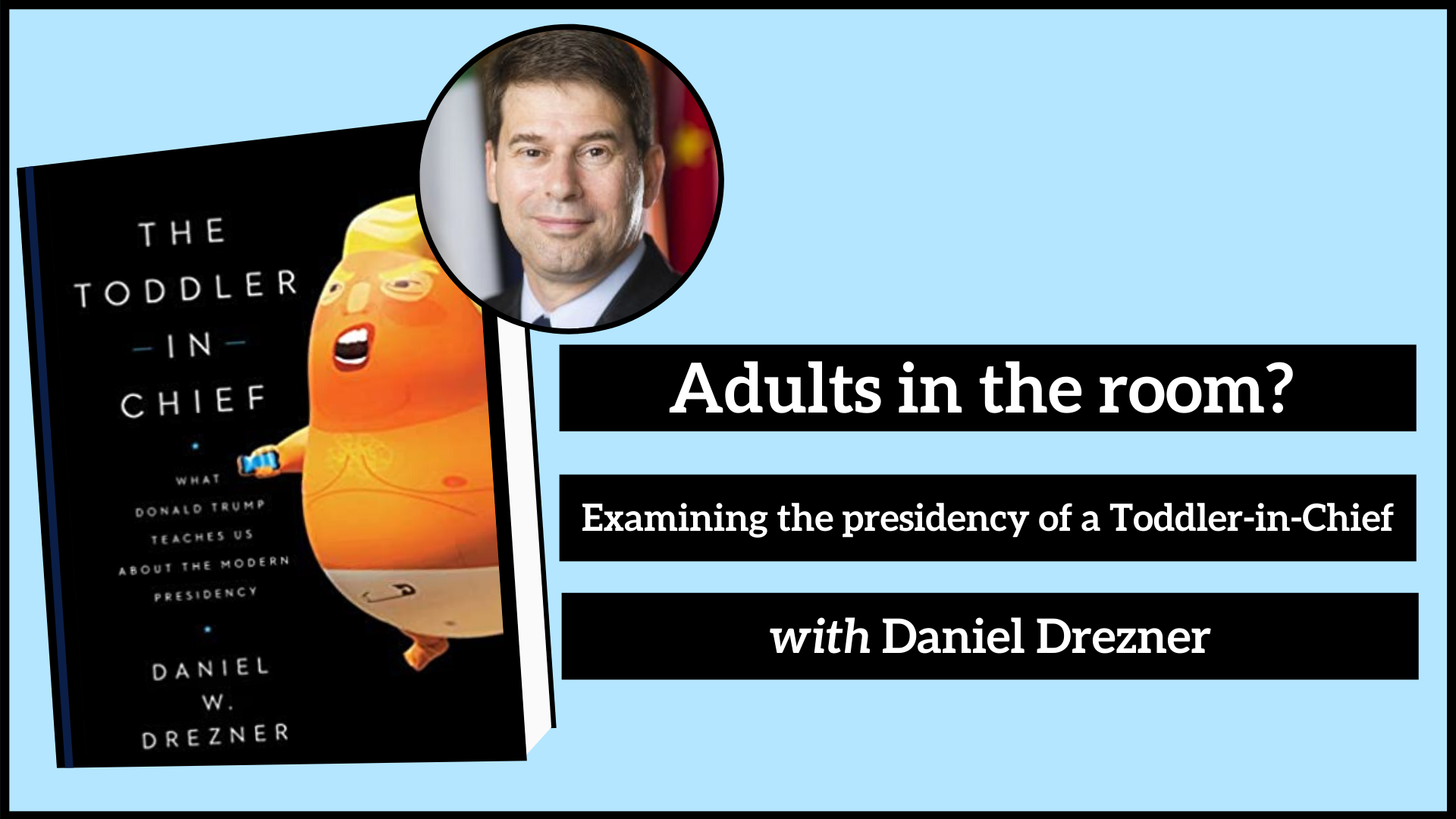 Adults in the Room? Examining the Presidency of a Toddler-in-Chief; Daniel Drezner

Professor Daniel W. Drezner will walk us through the bizarre history of President Trump’s tweets as evidence of his childish behavior in filling our nation’s highest office. All this can also be found in his newest book, Toddler in Chief. Columnist George Will recently described Trump as the “Crybaby-in-Chief banging his spoon on a highchair tray” when he doesn’t get his way.

Dr. Drezner is a Brookings nonresident senior fellow and a professor of international politics at the Fletcher School of Law and Diplomacy at Tufts University. Dr. Drezner has recently appeared on national TV and radio forums discussing his analysis of Trump and his presidency, and the danger it represents to the country.

While there is a thread of humor in his take on Trump, Dr. Drezner’s message about Trump’s threat to our Republic is deadly serious. Considering Trump’s failure to address the Covid crisis, and his racist and militaristic response to current Black Lives Matter protests, this event is especially timely and important.