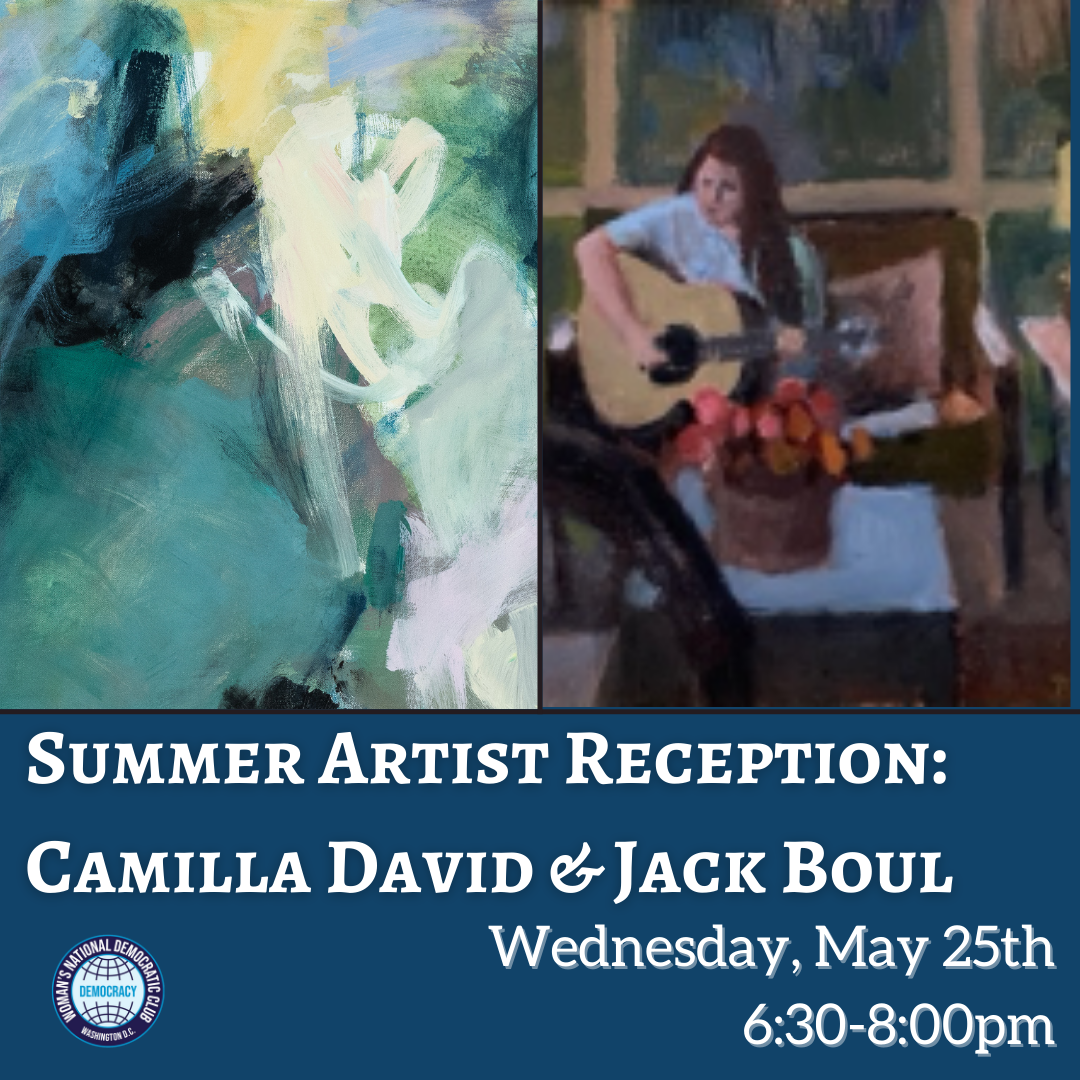 Join us in-person for this evening program celebrating our two current exhibitions, including the opening of Camilla David’s new exhibition, “Broad Strokes.” Bar opens at 6:00pm. Proof of Vaccination Required.

Camilla David is an artist who has worked for decades in varied visual and performing arts. Her study of art history, drawing, painting, gouache and pastels and her experiences in theater, interior and textile design have helped shape her outstanding paintings.

Camilla was born and raised in Washington, DC and was directly influenced by early painting and drawing coursework at the Corcoran School of Art under instructors Gene Davis, Paul Reed, and Leon Berkowitz — all members of the Washington Color School movement of the 1950s and 1960s. Her compositions combine this continued admiration of the Washington Color School and her captivation with the Abstract Expressionist movement.

We are also delighted to show the work of DC artist, Jack Boul on the Second Floor.

Jack Boul is a well-known artist and teacher in the Washington DC area, best known for his oil paintings, monotypes and sculptures. He regularly exhibited at the Corcoran Gallery of Art throughout the 1950s and the Gallery exhibited a retrospective of his career in 2000. Boul also taught at American University for 15 years and was one of the founding members of the Washington Studio School where he taught drawing, painting, and printing for over a decade.

Born in Brooklyn and raised in the Bronx, Jack Boul has had a long and successful career as an artist and teacher. His art is included in the collections of the Phillips Collection, American University, and the National Gallery of Art and he has exhibited at the Corcoran Gallery of Art and the Baltimore Museum of Art.