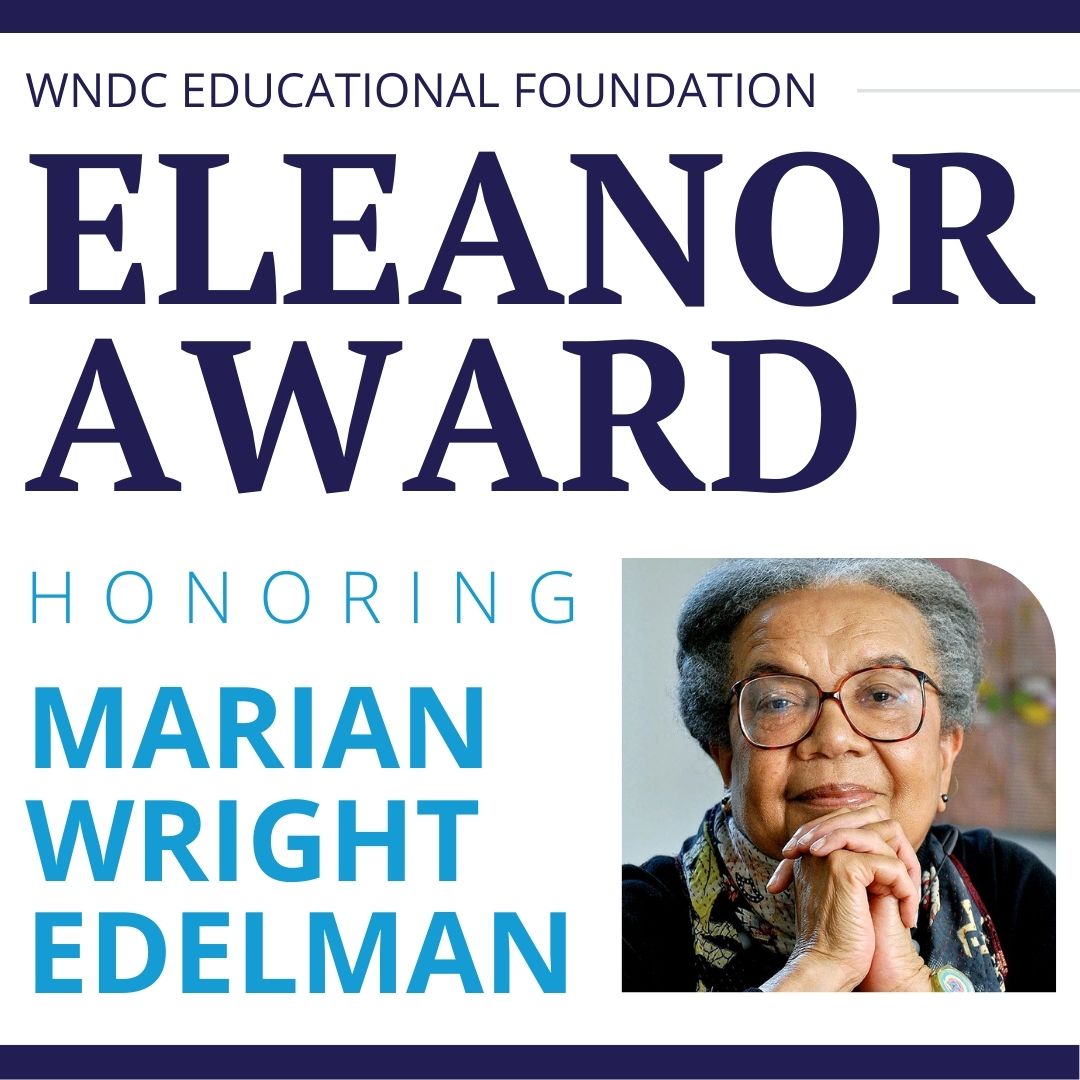 On September 20 at 6:00pm, Club members and friends will gather to celebrate the achievements of Marian Wright Edelman, the founder, in 1973, of the Children’s Defense Fund (CDF) and a legend in the field of human rights for children and families. It is most fitting that she receive this award, which is named after Eleanor Roosevelt, whose proudest accomplishment was the Universal Declaration of Human Rights.

Mrs. Edelman’s youth and young adulthood showed a determined path: From a tightly-structured life in a small South Carolina town, Mrs. Edelman became the valedictorian of Spelman College, a graduate of Yale Law School, and the first Black woman to be admitted to the Mississippi Bar Association. With those credentials in hand, she directed the NAACP Legal Defense and Educational Fund Office in Jackson. It was there in the late 1960s that she met Peter Edelman while he was educating his boss, Sen. Robert Kennedy, on the living conditions of many Mississippi Delta families.

Mrs. Edelman became the legal counsel for Dr. Martin Luther King’s Poor People’s Campaign and went on to mentor rising stars such as Hillary Clinton. In the early 1970s, in response to the widespread and devastating poverty of the deep South, she launched the CDF and used its lobbying muscle to begin programs like Head Start.

Her astounding list of awards includes the Albert Schweitzer Humanitarian Award, a MacArthur “Genius” Fellowship, and, in 2000, the Presidential Medal of Freedom. Mrs. Edelman’s many published books have reached audiences far and wide. It is our honoree’s wish that, in lieu of a physical award, the EF contribute an amount to the CDF’s Freedom School programs which fosters academic enrichment programs in underserved communities.

Please join us for an elegant, champagne reception and tribute ceremony on Tuesday, September 20 at 6:00. Tribute givers include Sherrilyn Ifill, President Emeritus of the NAACP Legal Defense Fund; Deborah Weinstein, Executive Director of the Coalition on Human Needs; Laphonza Butler, President of Emily’s List; and Angela Glover Blackwell, Chair of the Board for the Children’s Defense Fund.

Tickets: $100 for Individual members and nonmembers; $50 for Zoom participation. Tables for eight family and friends may be reserved for $1,000. Amounts are tax deductible to the full extent of the law.