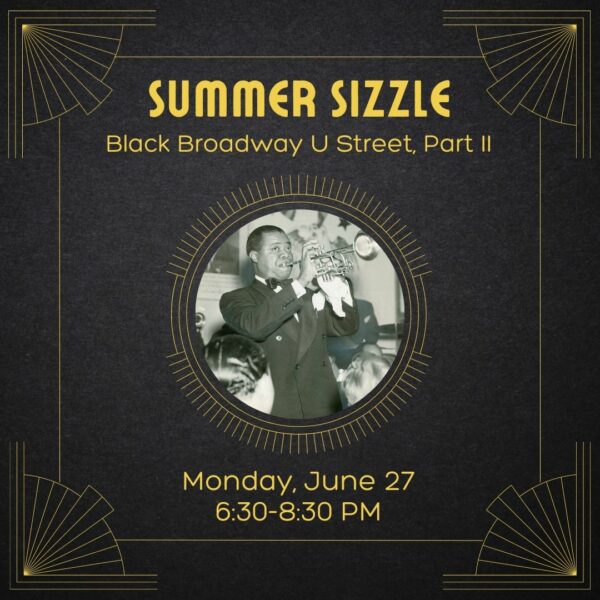 Kickoff Summer by celebrating the legacy of DC’s Black Broadway!

We had so much fun in our February flashback to U Street’s “Black Broadway” era, that we’re doing it again! We invite you to an evening of more discussions, more tasty delicacies, and more musical flashbacks drawing on the Black performers who made U Street swing!  Soak up the vitality and the history of U Street from the 1900s to the 1950s with a backdrop of musical performances hailing legends such as Nat King Cole, Pearl Bailey, Cab Calloway and Billy Eckstine, performed by DC’s own Roz White and Steve Washington.  We’re excited to also bring back Briana A. Thomas, local author of Black Broadway in Washington, DC.