Surviving Dysfunction and Disaster: The American Political System in 2020 and Beyond 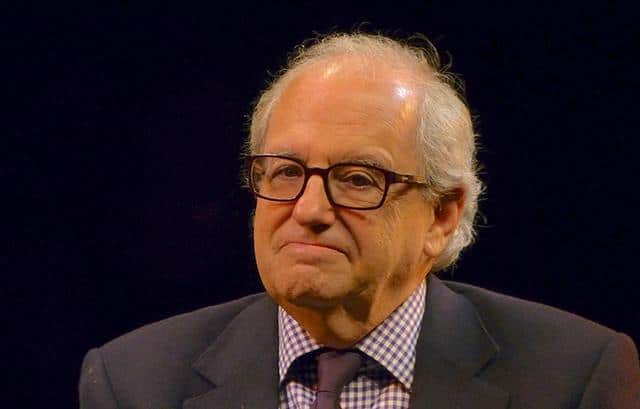 Join us for a lively and informative discussion with Norman Ornstein, a Washington fixture and frequent commentator on politics, elections and Congress as we look ahead to 2020 and beyond and discuss the future of the country after this unusually turbulent and dysfunctional time in history.

A longtime observer and analyst of American politics and the US Congress, Ornstein has been involved in political reform for decades, particularly campaign finance reform and the reform of Senate committees.

His interviews have aired on CBS, CNN, Fox News Channel, MSNBC, NPR, and “PBS NewsHour,” among others and he has been published widely, including in Politico, The New York Times, NY Daily News, The Wall Street Journal, and The Washington Post. He is a resident scholar at the American Enterprise Institute (AEI), where he is a co-host of AEI’s Election Watch series, a contributing editor and columnist for National Journal and The Atlantic, a BBC News election analyst, and the chairman of the Campaign Legal Center.

Dr. Ornstein previously served as co-director of the AEI-Brookings Election Reform Project and senior counselor to the Continuity of Government Commission. A longtime observer and analyst of American politics and the US Congress, he has been involved in political reform for decades, particularly campaign finance reform and the reform of Senate committees. He has also played a part in creating the Congressional Office of Compliance and the House Office of Congressional Ethics.

Dr. Ornstein’s books include the bestsellers “One Nation After Trump: A Guide for the Perplexed, the Disillusioned, the Desperate, and the Not-Yet Deported,” with E. J. Dionne and Thomas E. Mann (St. Martin’s Press, 2017); and “It’s Even Worse Than It Looks: How the American Constitutional System Collided with the New Politics of Extremism;” “The Broken Branch: How Congress Is Failing America and How to Get It Back on Track,” with Thomas E. Mann (Oxford University Press, 2006); and “The Permanent Campaign and Its Future” (AEI Press, 2000).