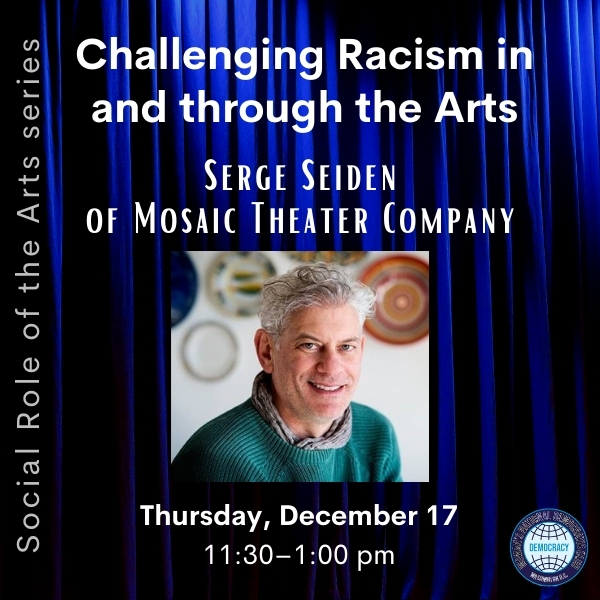 Serge Seiden will share how Mosaic Theater Company is evolving as it responds to the Black, Indigenous, and People of Color’s Demands for White American Theatre, a detailed list of hundreds of actions aimed at challenging the vast privilege white theater-makers have historically enjoyed. Now it’s up to theater leaders, boards, and staffs to achieve that goal by changing organizations from the inside out. With its social justice-influenced mission, this is perhaps especially true for Mosaic Theater Company. Serge will share the steps Mosaic has taken, is contemplating, and how he is engaging the entire organization in the effort.

Since Serge helped found the Mosaic Theater Company in 2015 as Managing Director and Producer, the company has grown in size and reputation, receiving the John Aniello award for Outstanding Emerging Theater Company in 2017. Besides overseeing theater-wide operations and managing a staff of 17, Serge continues to direct Mosaic productions, including the acclaimed Eureka Day and Hooded, Being Black for Dummies. Before joining Mosaic he won many awards for his productions at Studio and other theaters and continues to conduct acting classes at Studio and elsewhere.

Click here to register for this installment of our Confronting Racism series.