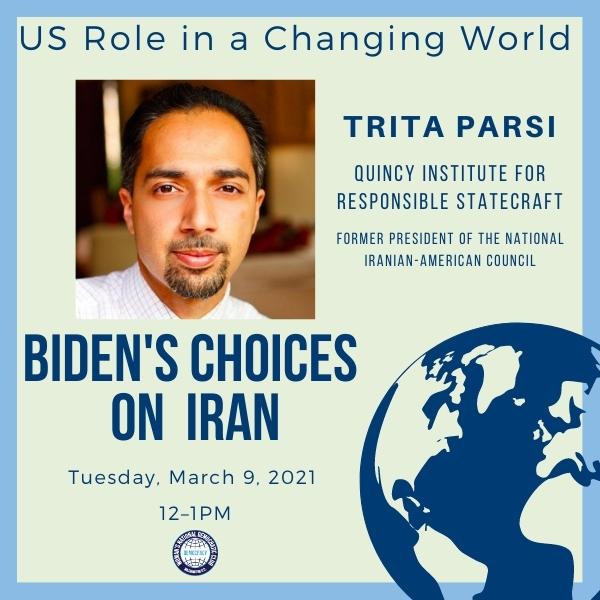 THE US ROLE IN A CHANGING WORLD

President Joe Biden has vowed to return to the Iran Nuclear deal—and then use new negotiations to strengthen the deal and address concerns about Iran’s regional policies. But is this the right path? Explore these issues in this US Role in a Changing World series talk with Trita Parsi, an award-winning author with a focus on US foreign policy in the Middle East. The former President of the National Iranian–American Council, he currently teaches at the at the Edmund A. Walsh School of Foreign Service at Georgetown University.

Click here to register for this insightful event as part of our US Role in a Changing World series.

Trita Parsi is the co-founder and executive vice president of the Quincy Institute for Responsible Statecraft, as well as the founder and former president of the National Iranian American Council. Parsi earned the 2010 Grawemeyer Award for ideas set forth in his 2007 book, Treacherous Alliance – The Secret Dealings of Israel, Iran and the US (Yale University Press, 2007)  and the Council of Foreign Relations Arthur Ross Award in 2008 (Silver medallion).