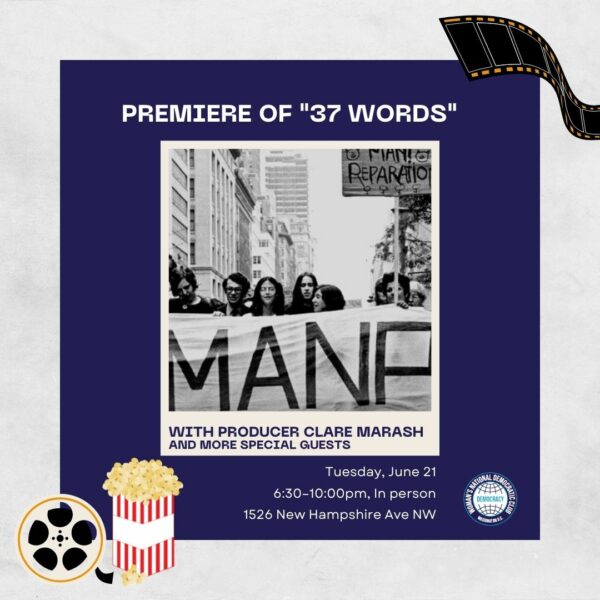 Afterwards, the celebration continues with a showing of 37 Words, ESPN’s docuseries on Title IX, along with our special video introduction by the Executive Producer, Dawn Porter.

37 Words, a four-part docuseries, chronicles the hard-fought battle for equal rights in education and athletics. We will show “Part 1: Too Pushy for a Woman” at 8:00 pm and “Part 2: These Are Our Bodies” at 9:00 pm.

Additional Information on Our Special Guests

Congresswoman Debbie Dingell represents Michigan’s 12th Congressional District in the U.S. House of Representatives and serves in House Leadership as a Co-chair of the Democratic Policy and Communications Committee. An active civic and community leader, Dingell is a recognized national advocate for women and children. She successfully fought to have women included in federally funded health research and advocated for greater awareness of women’s health issues overall, including breast cancer and heart health. She is a founder and former chair of the National Women’s Health Resource Center and the Children’s Inn at the National Institutes of Health (NIH).

Congresswoman Ayanna Pressley is an activist, a legislator, a survivor, and the first woman of color to be elected to Congress from the Commonwealth of Massachusetts. Throughout her career, Congresswoman Pressley has fought to ensure that those closest to the pain are closest to the power – driving and informing policymaking. In Congress, she has been a champion for justice and healing: reproductive justice, justice for immigrants, consumer justice, justice for seniors, justice for workers, justice for survivors of sexual violence, justice for formerly and currently incarcerated individuals, and healing for those who have experienced trauma. She has also turned her experience living with alopecia into action, becoming a leading voice fighting to raise awareness and support for the alopecia community across the nation.

Heather Booth is one of the country’s leading strategists about progressive issue campaigns and driving issues in elections. She started organizing in the civil rights, anti-Vietnam war and women’s movements of the 1960s. She started JANE, an underground abortion service in 1965, before Roe. There is a new HBO documentary about this called The JANES, and there is a new Hollywood film version of the story, Call JANE. She was the founding Director and is now President of the Midwest Academy, training social change leaders and organizers. She has been involved in and managed political campaigns and was the Training Director of the Democratic National Committee.

Title IX: The 37 words that prohibit sex discrimination in institutions of higher education that receive federal funds. In the 1970s, the women’s movement forged ahead, working to prevent sex discrimination against women in higher education and employment. Title IX, a provision of the Education Amendments of 1972, bars sex discrimination in federally-funded institutions. Before Title IX’s passage, only 42% of women enrolled in colleges and universities; afterwards, more than 75% were enrolled. While best known for breaking down barriers in sports and athletics for girls, Title IX means so much more than that. Girls now pursue STEM (science, technology, engineering, and mathematics) studies! Title IX also protects students from bullying and sexual harassment. We celebrate Title IX’s 50th anniversary and its victories while taking on the work ahead to realize its full potential!