“As time passes, my desire to learn more about my heritage has led me to explore Taiwanese art, architecture, and natural formations. I immigrated to the United States with my family at the age of two. The experience of dual cultures allows me to form an appreciation of both Asian and American identities. This is me, exploring my duality through painting.

As an Asian woman, an American citizen, painter, daughter, sister, wife, mother, friend, educator, and person, I use the canvas as a way to document and reveal where I walk, where I live, and what I know. This collective record of notes, images, and sources of inspiration are a compilation of inquiry through space and color. I am exploring the duality of East and West, representation and abstraction, the static and the ephemeral. Through my painting practice, I find clarification and peace with my identity.”

Alice Shih was born in Taiwan in 1982. At age two, she moved to the United States . Some of her earliest steps in life were taken in the airport as her parents made the difficult move to America.

She received her BFA, a double major in Studio Art and Art Education at the University of Maryland, College Park in 2004. In 2008, she moved to New York and completed her MFA in Drawing and Painting from the New York Studio School. She returned to the Washington DC area in 2011 to share her passion and continue her studio practice. She has worked in many art institutions such as The Phillips Collection, Artisphere, Art Works, Creative Adventures, and Neptune and Brown Gallery. Since 2015, she has been an art educator at Bullis School in Potomac, Maryland.

She has exhibited in Washington DC and Bethesda and Takoma Park, Maryland.

We invite you to look through our online gallery of the exhibit. If you are interested in purchasing a work from this exhibition, please contact vama@democraticwoman.org.

We encourage you to hover over for more information and click on images to view the full version. 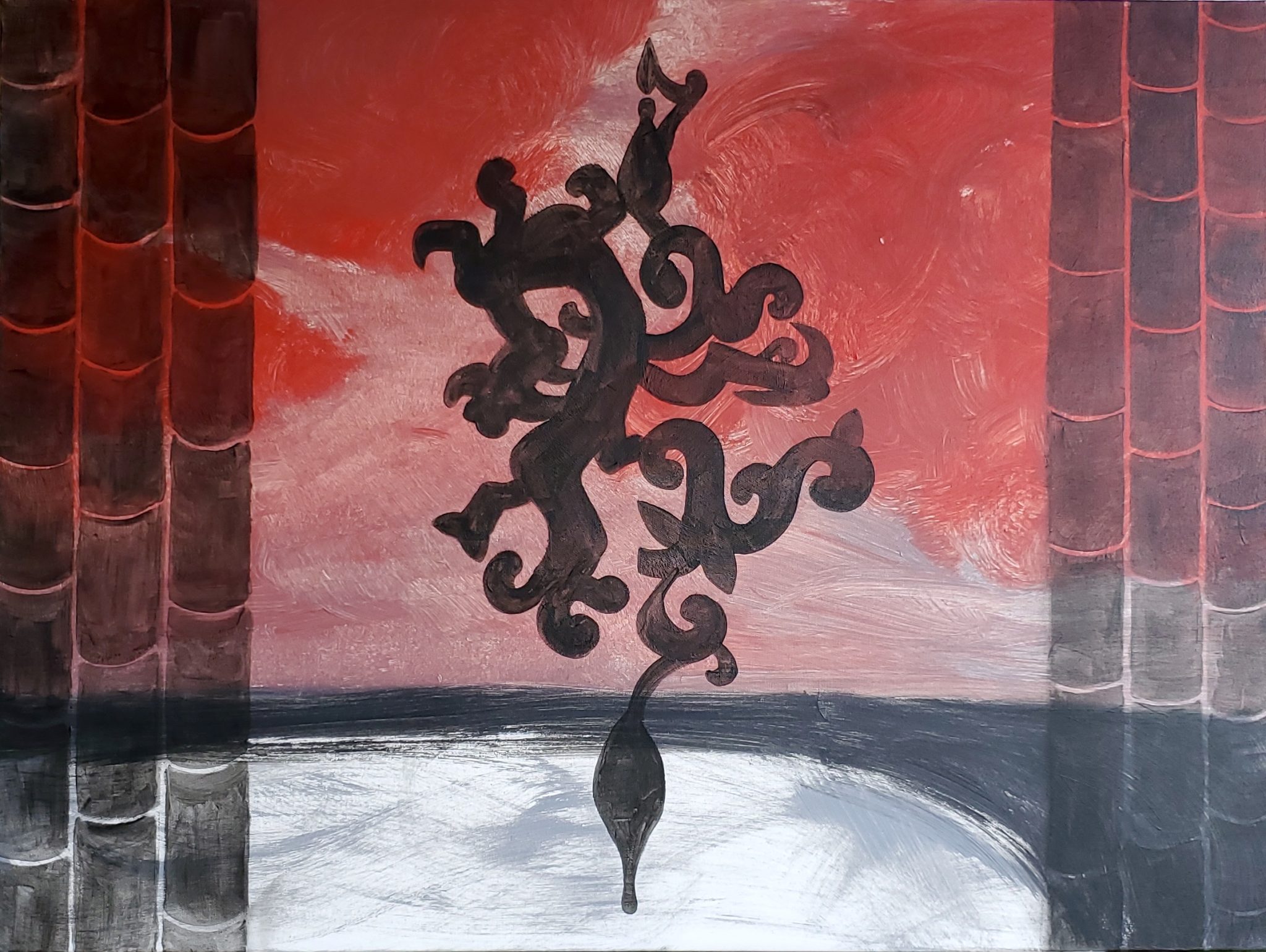 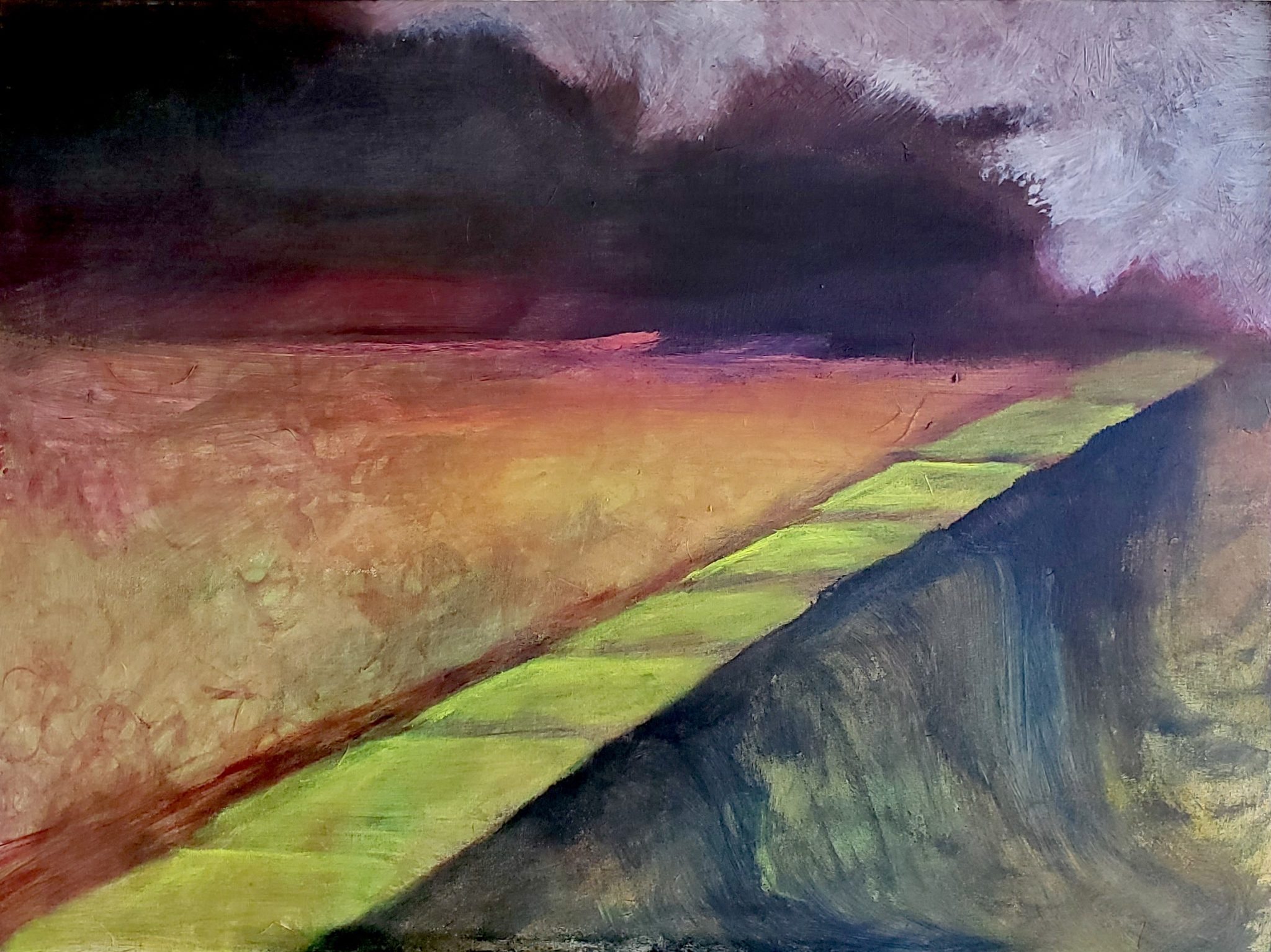 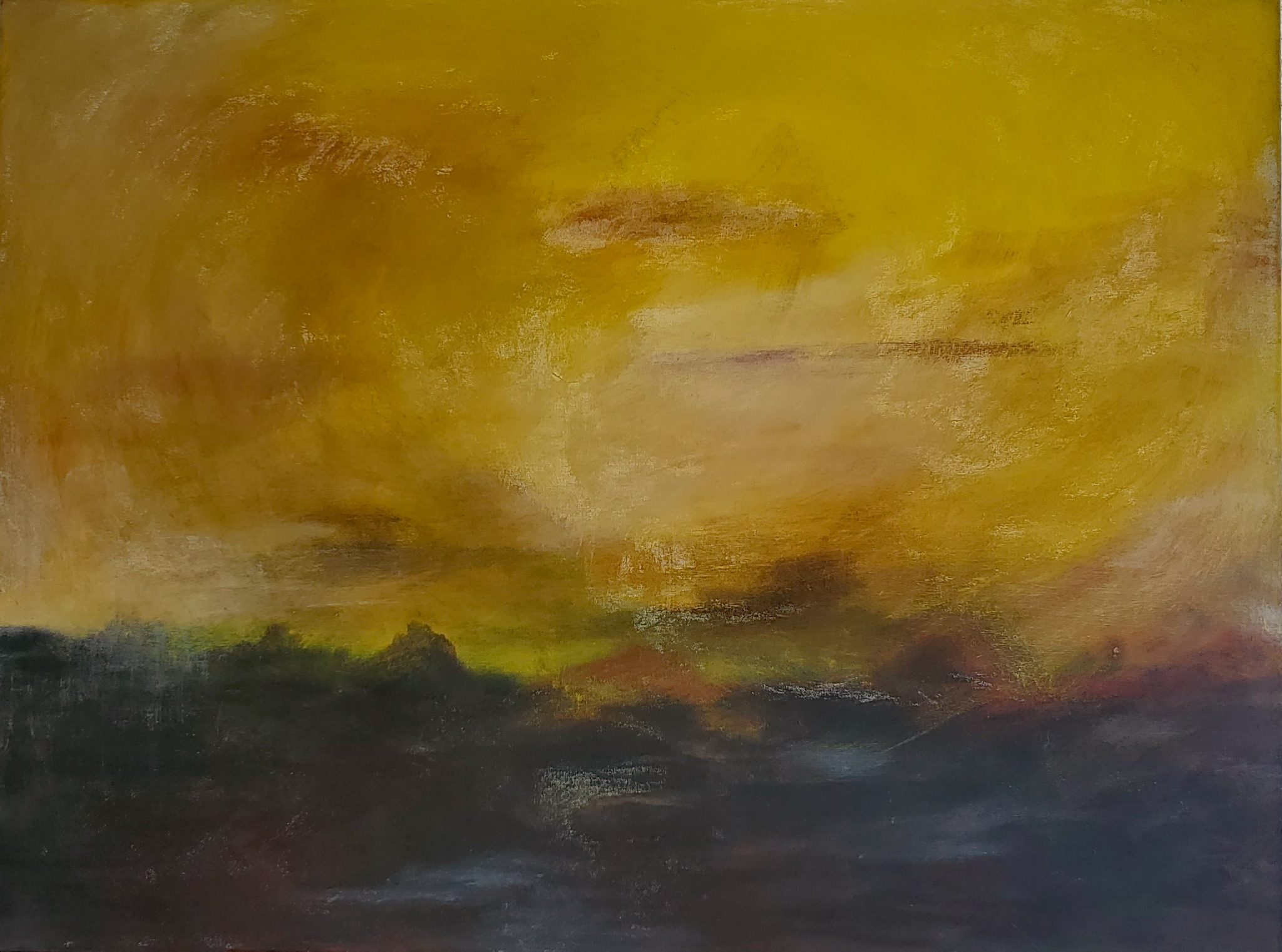 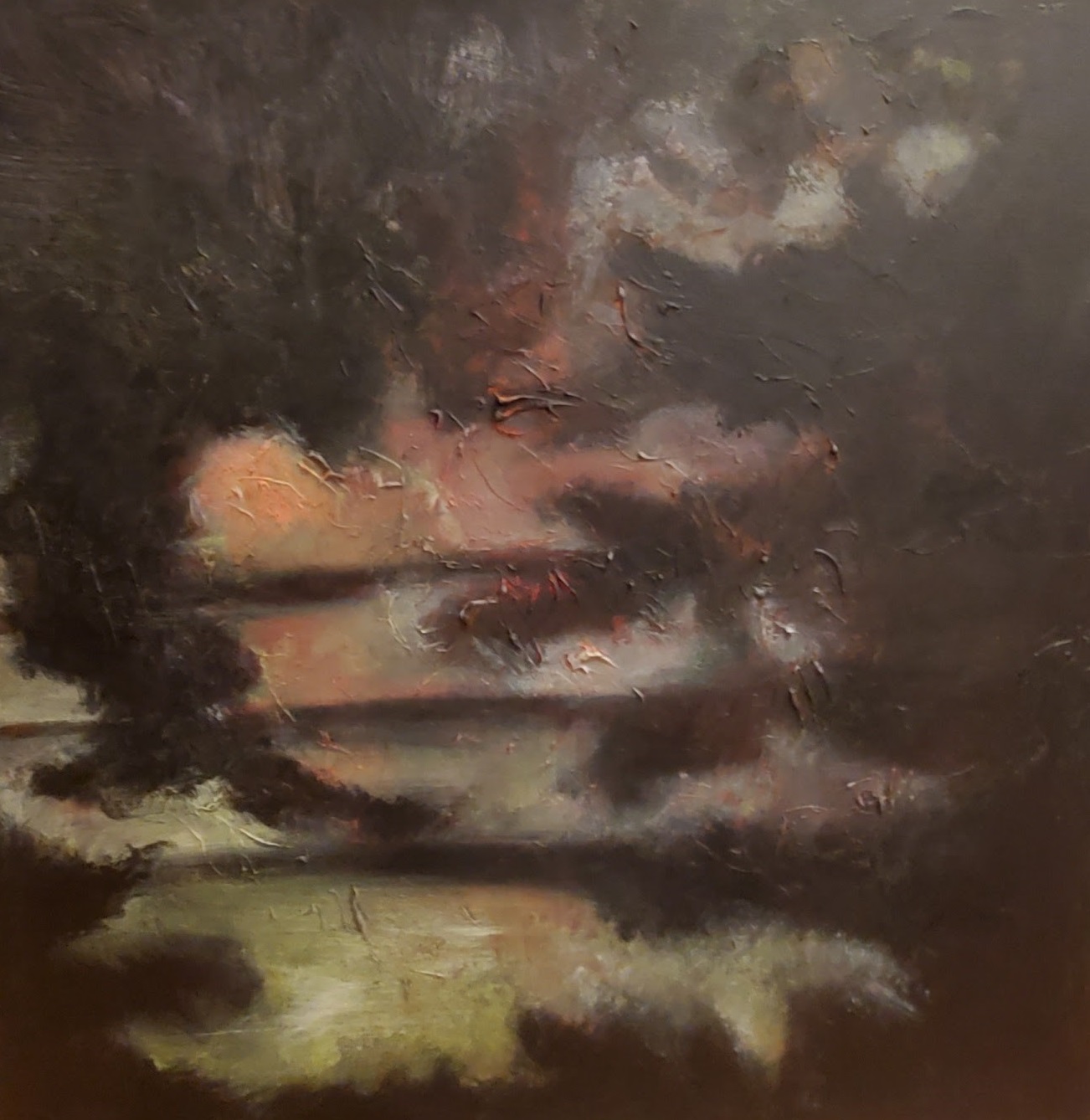 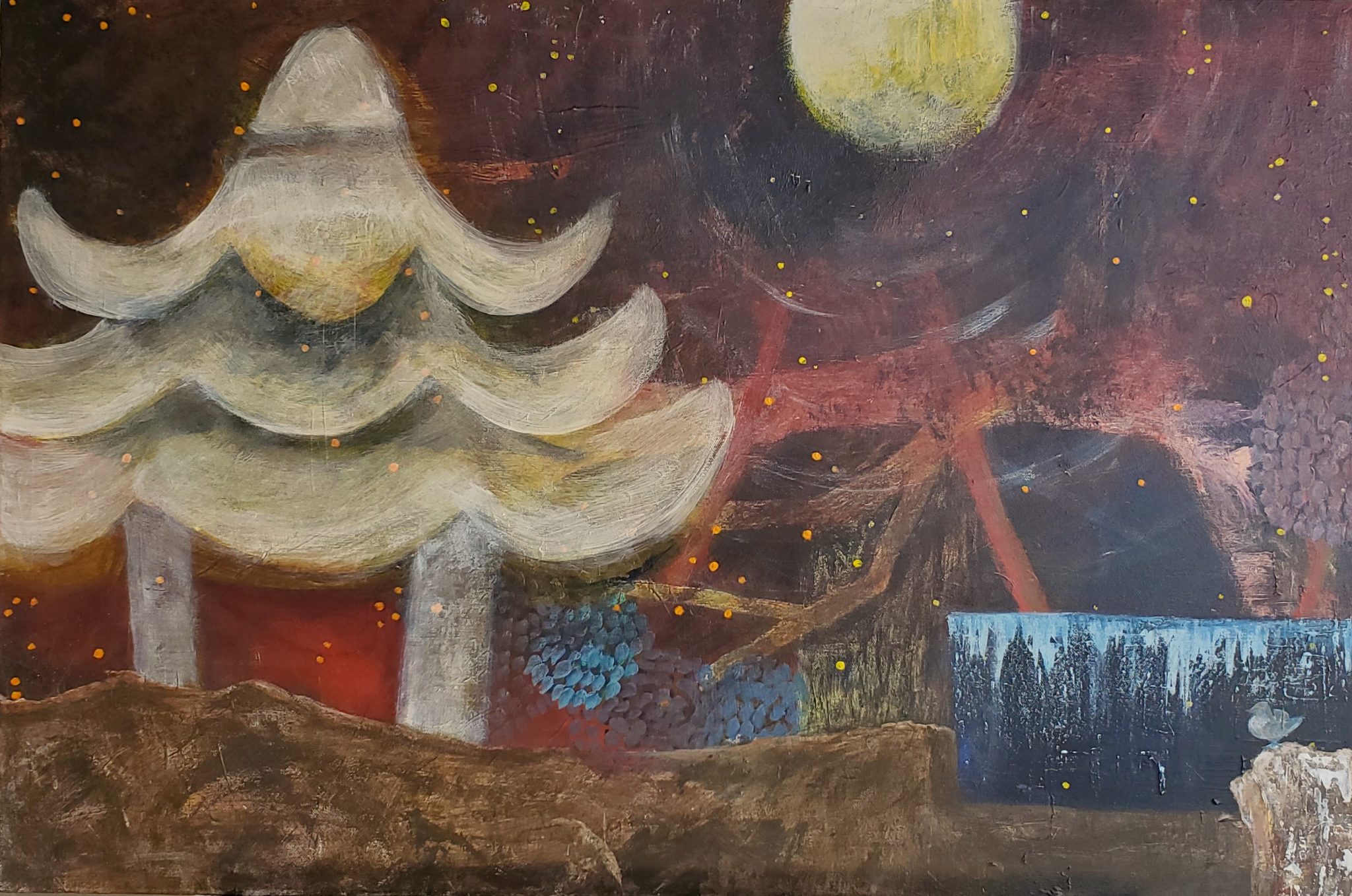 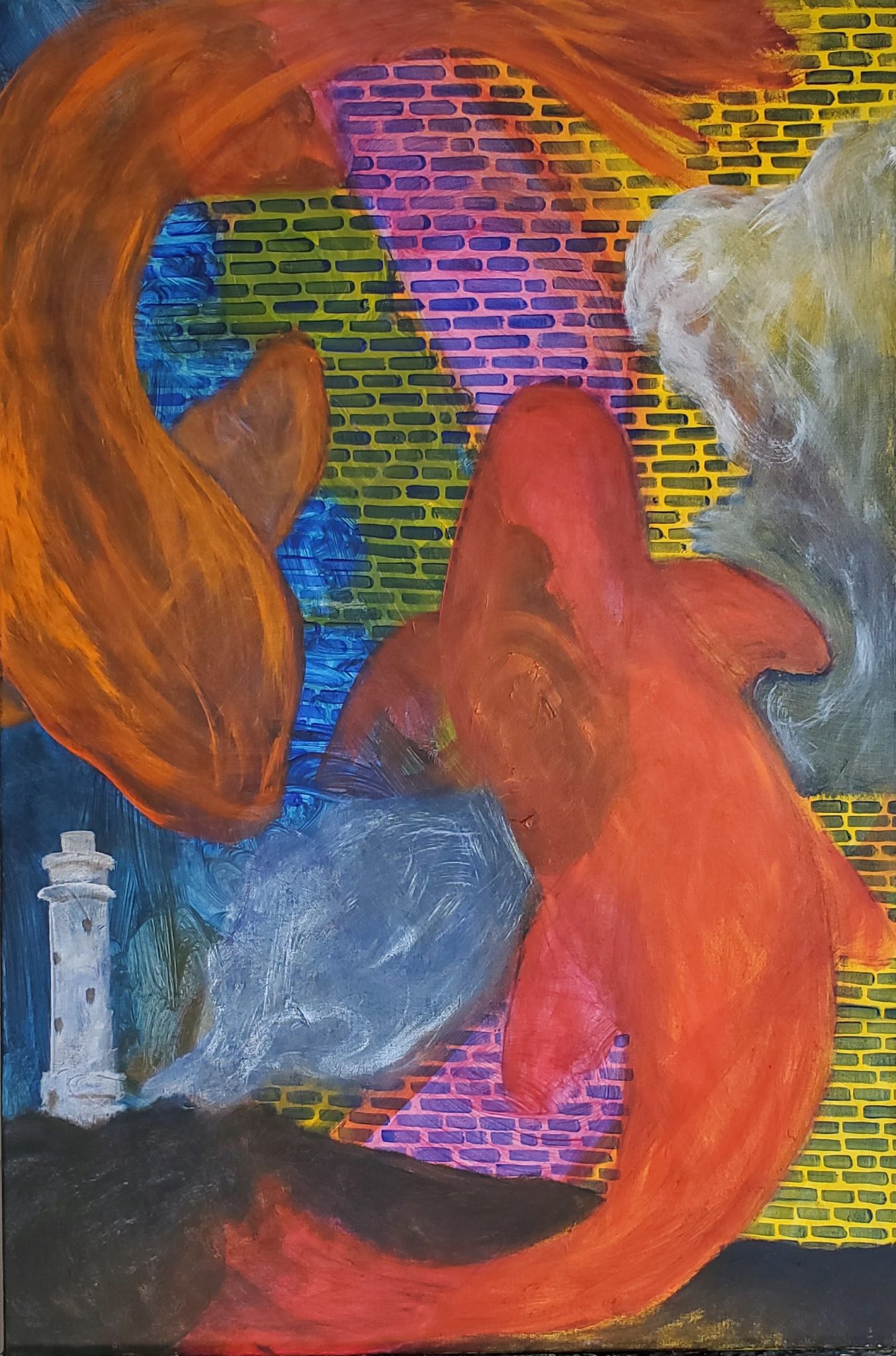 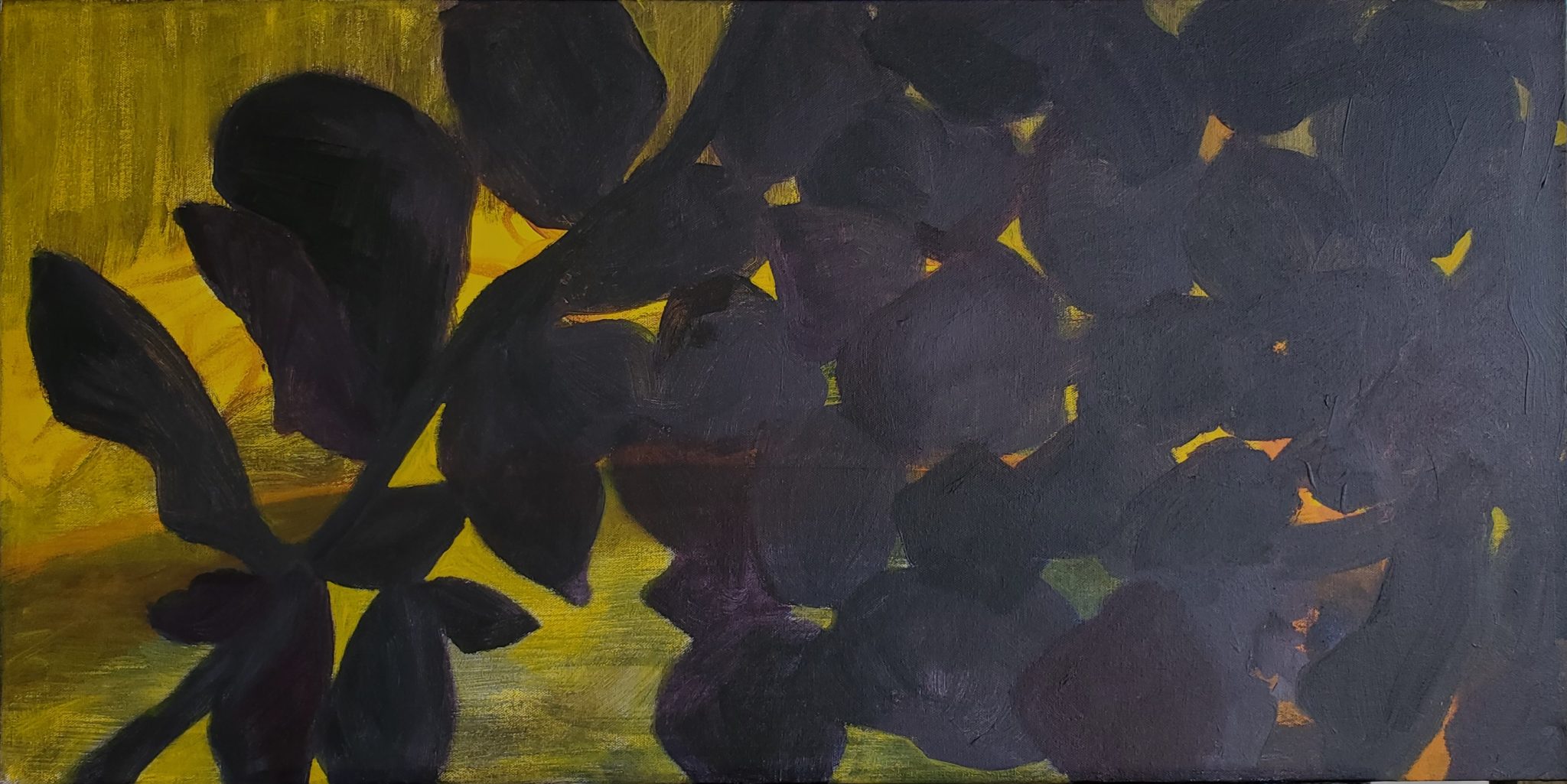 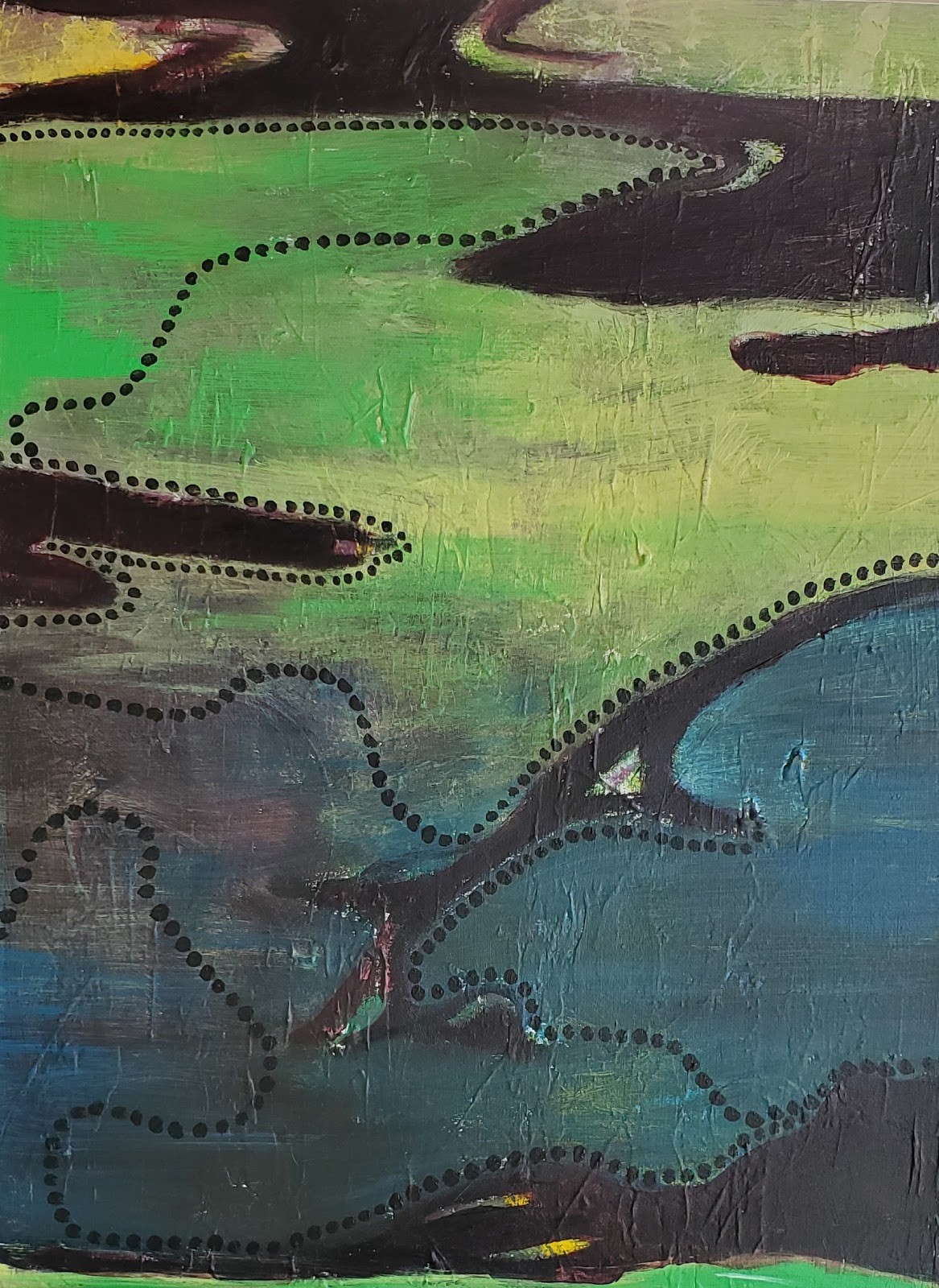 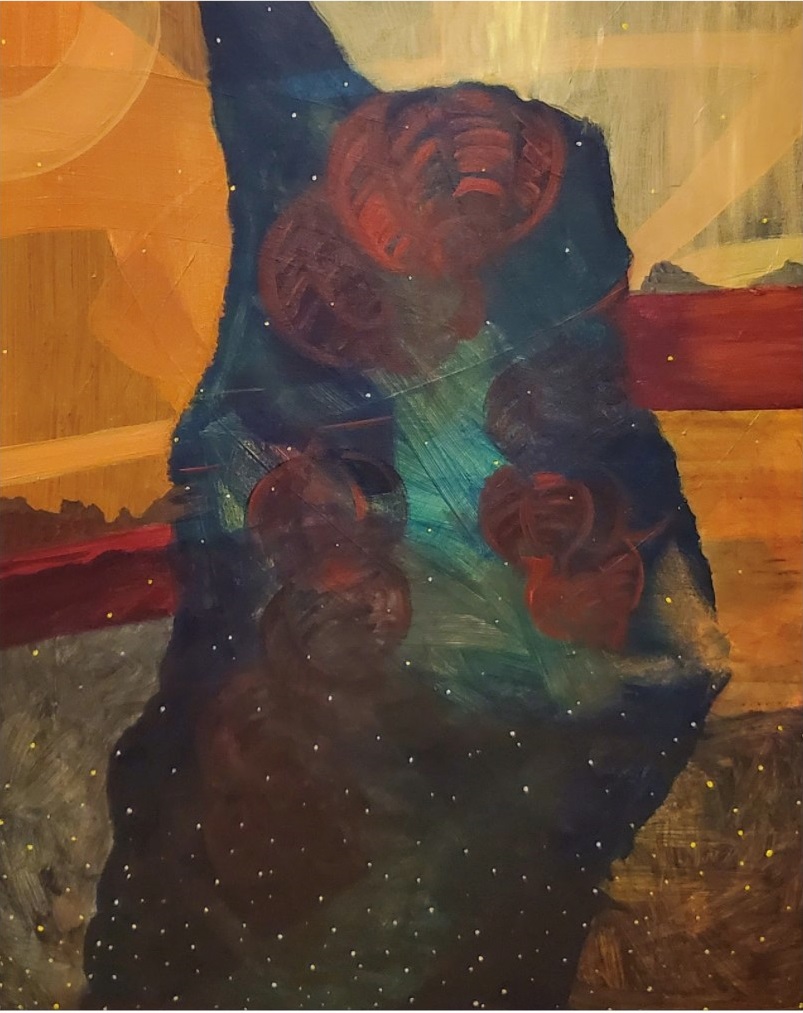 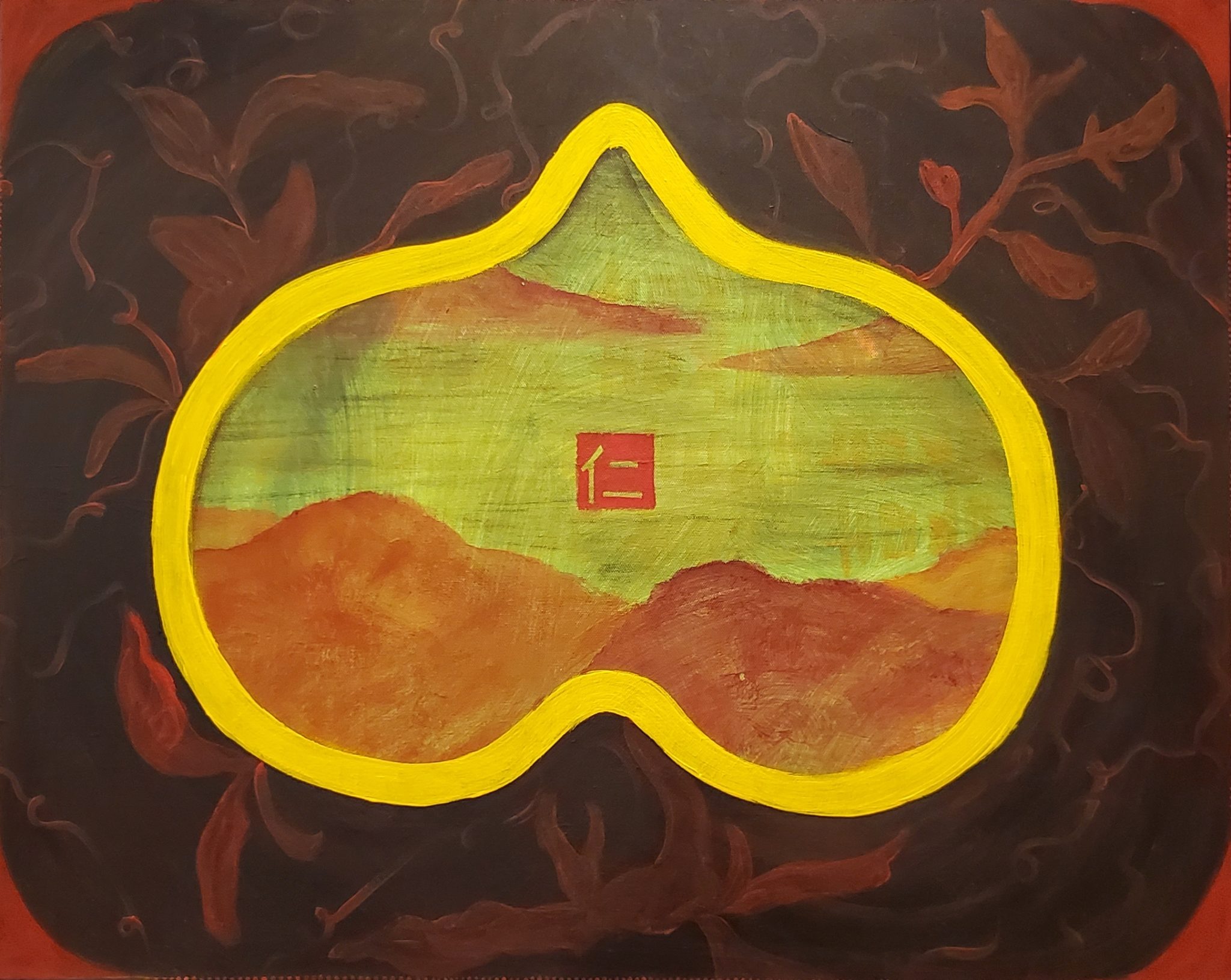 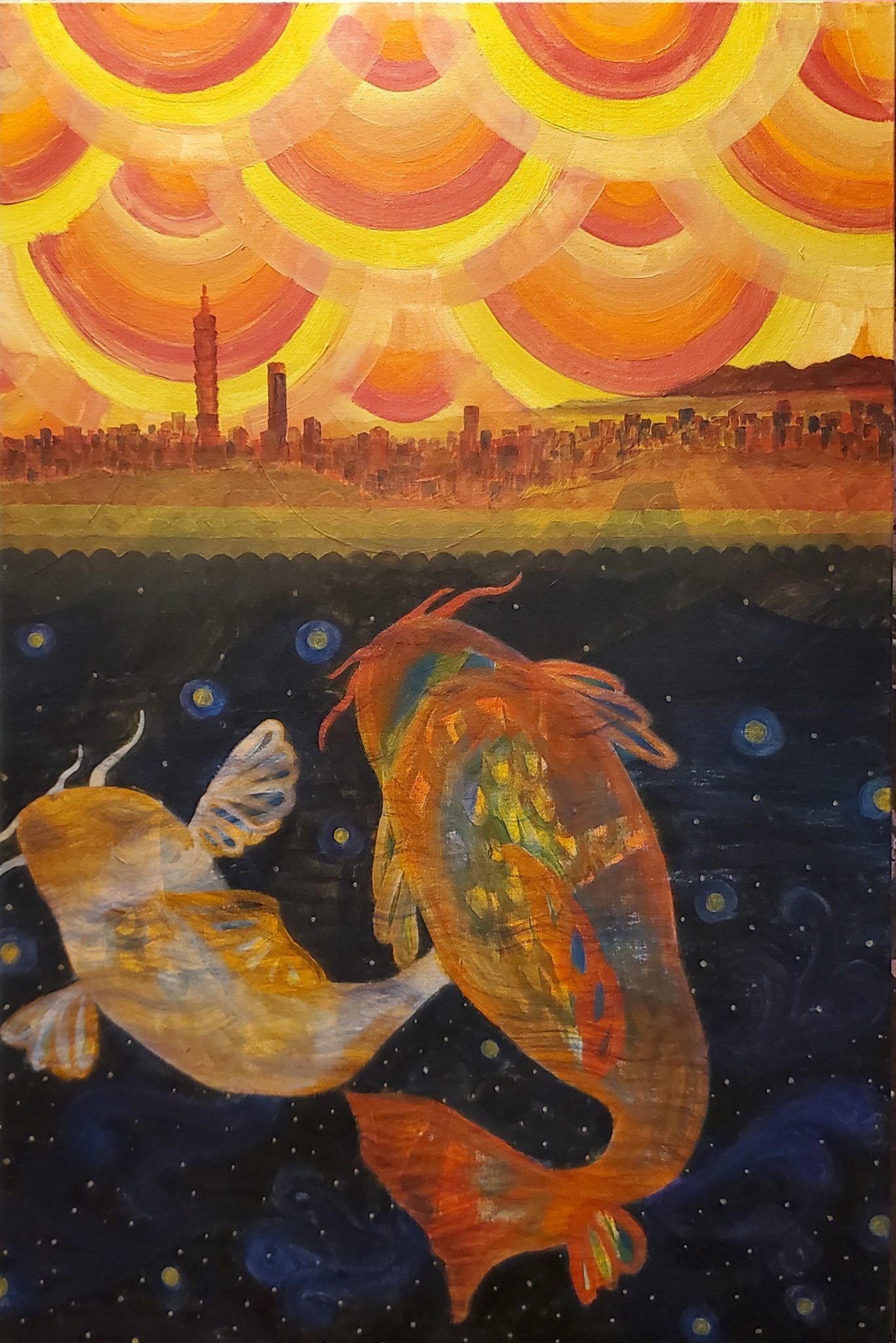 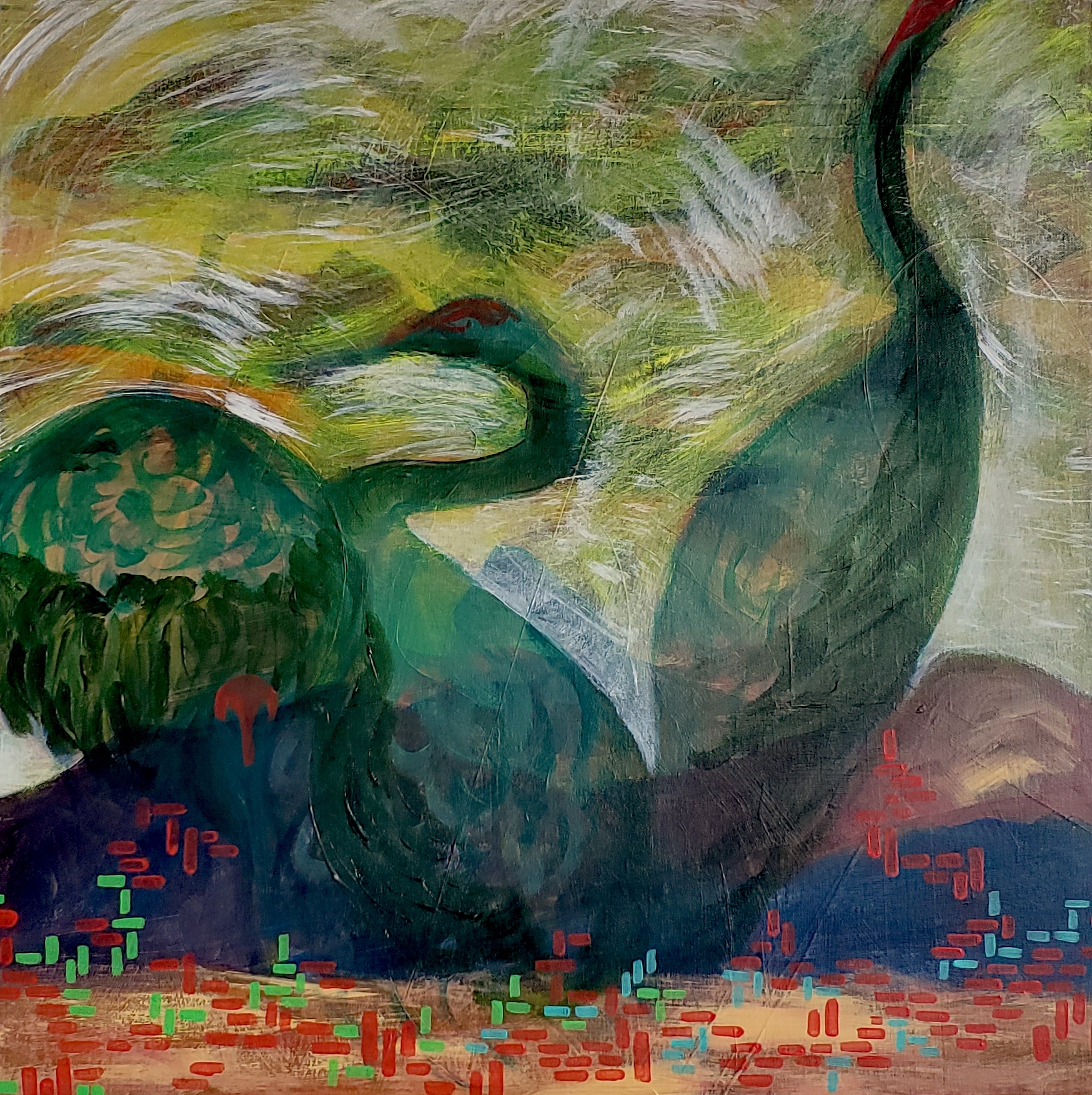