Rackie Diankha is a well-known artist in international circles and features among the contemporary artists of Africa. She has had exhibitions and projects around the world including France, Belgium, Austria, Germany, Spain, United States, and several countries in Africa. She was the recipient of the “Ma Africa Award” in 2001. Born in 1974 in Dakar, Senegal, she graduated from the Ecole des Beaux Arts in Dakar. She has inspired many young artists through projects and workshops.

Rackie Diankha is fascinated with the woven textiles and patterns she grew up with. Traditional textiles are not only used as a personal expression, but over the centuries, also used as a communication tool indicating the status, tribe, family with their color and patterns. They are a form of storytelling. Rackie integrates traditional textiles and uses the loom’s wefts in her paintings characterized by colors and expressive brushwork. The rhythm and lines in weaving are omnipresent in nature, whether in animals or vegetation and one finds this in her paintings. Between each line, whether small or large there is always a small space that allows one to see a void where light enters and gives a different vision of life in this world. Rackie has dedicated some of her rich textural work to the women of the world, who she feels should be able to get an education, express themselves freely and realize their true worth 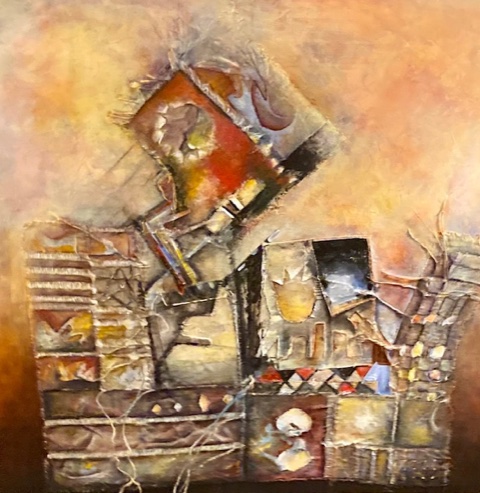 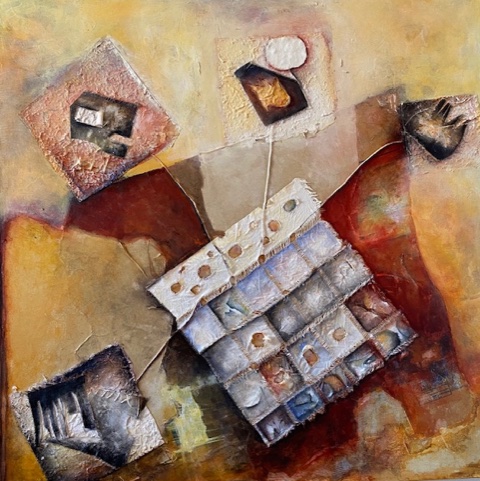 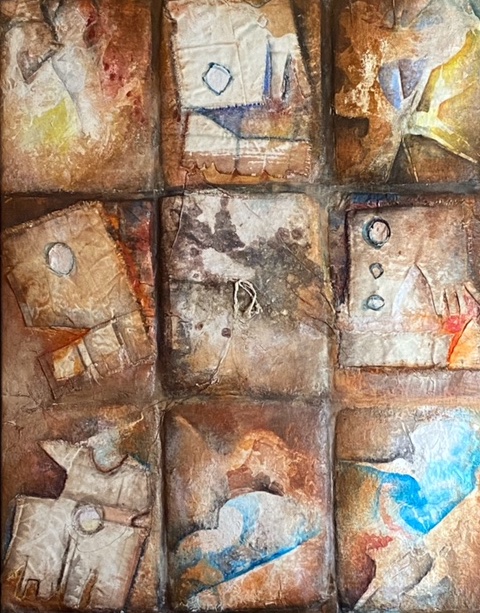 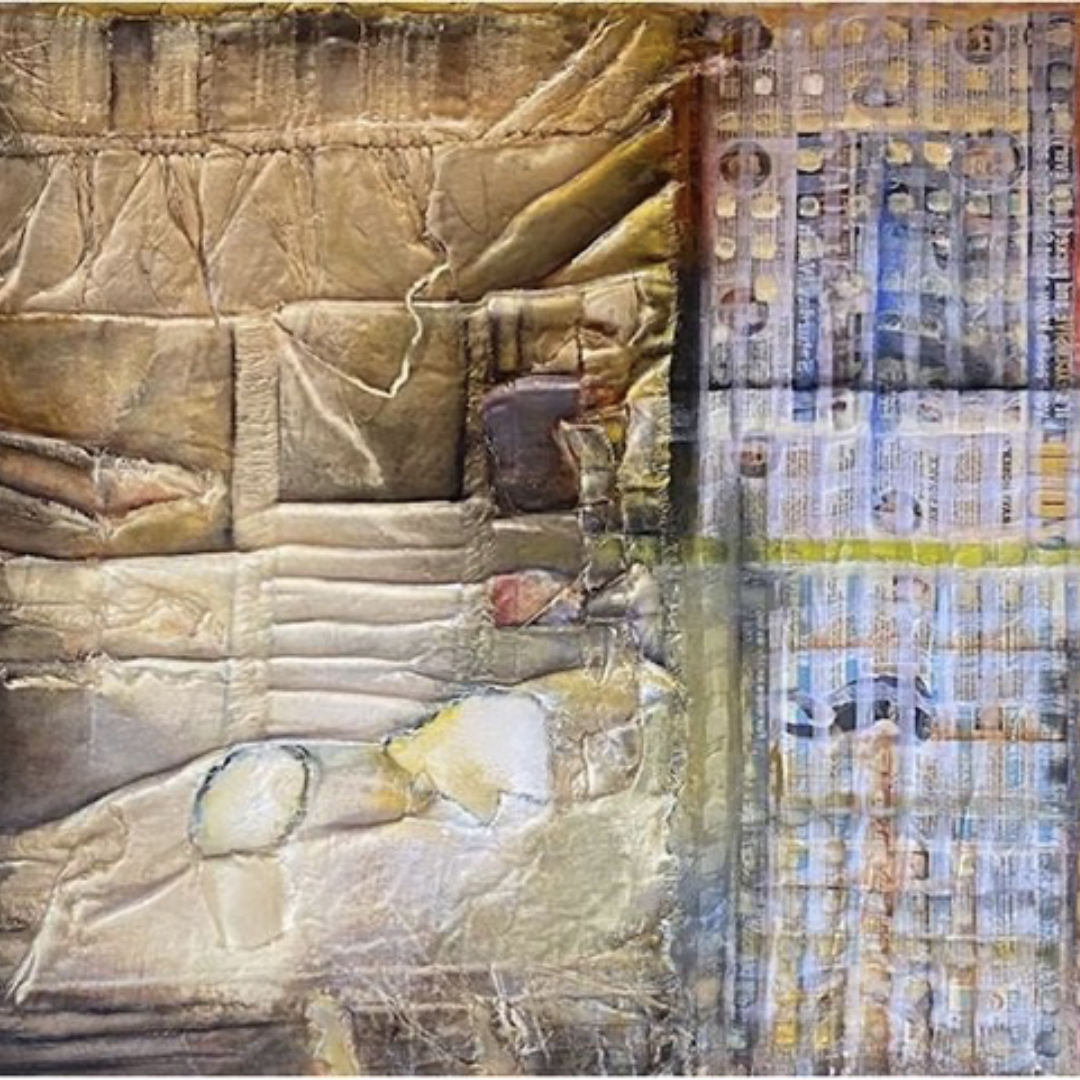 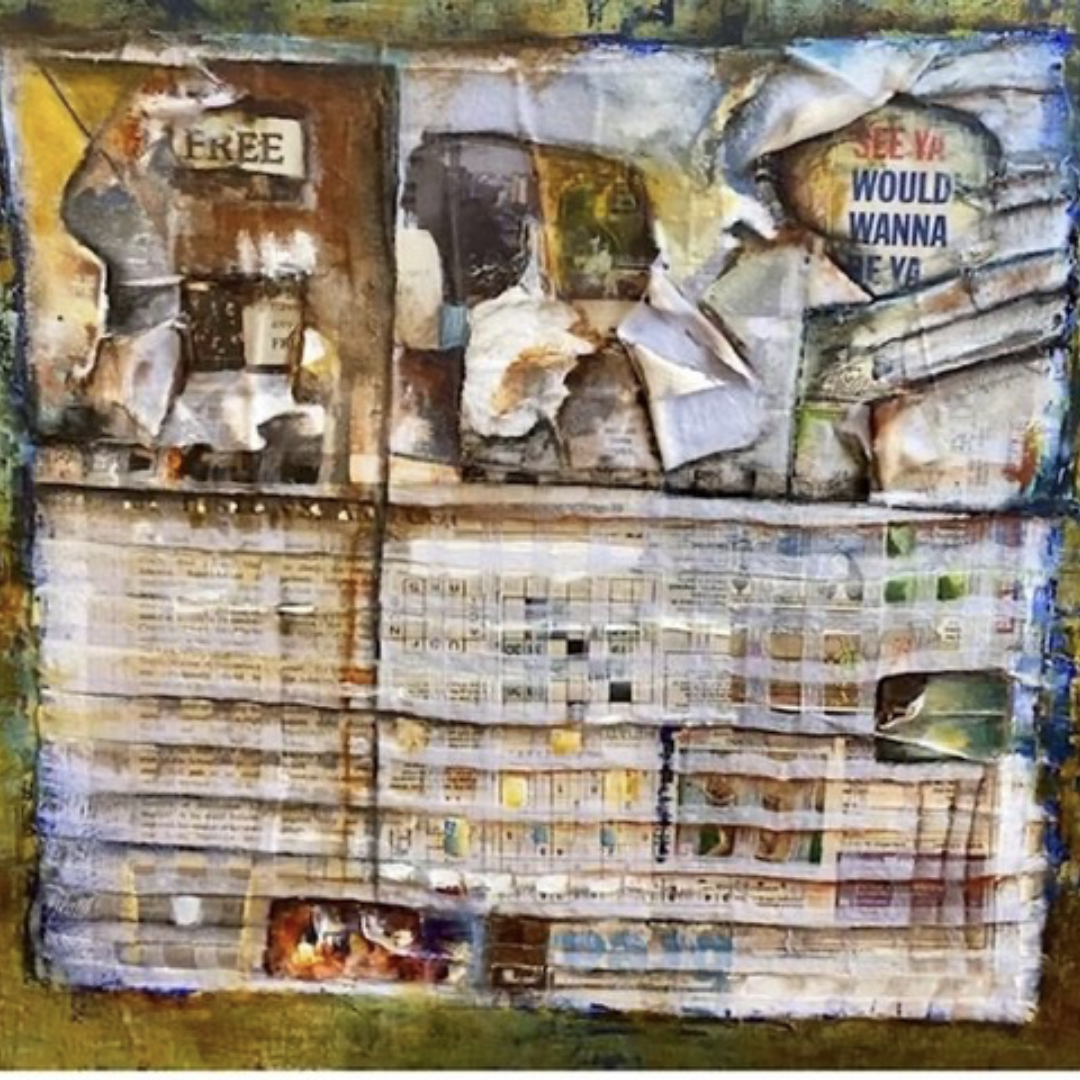 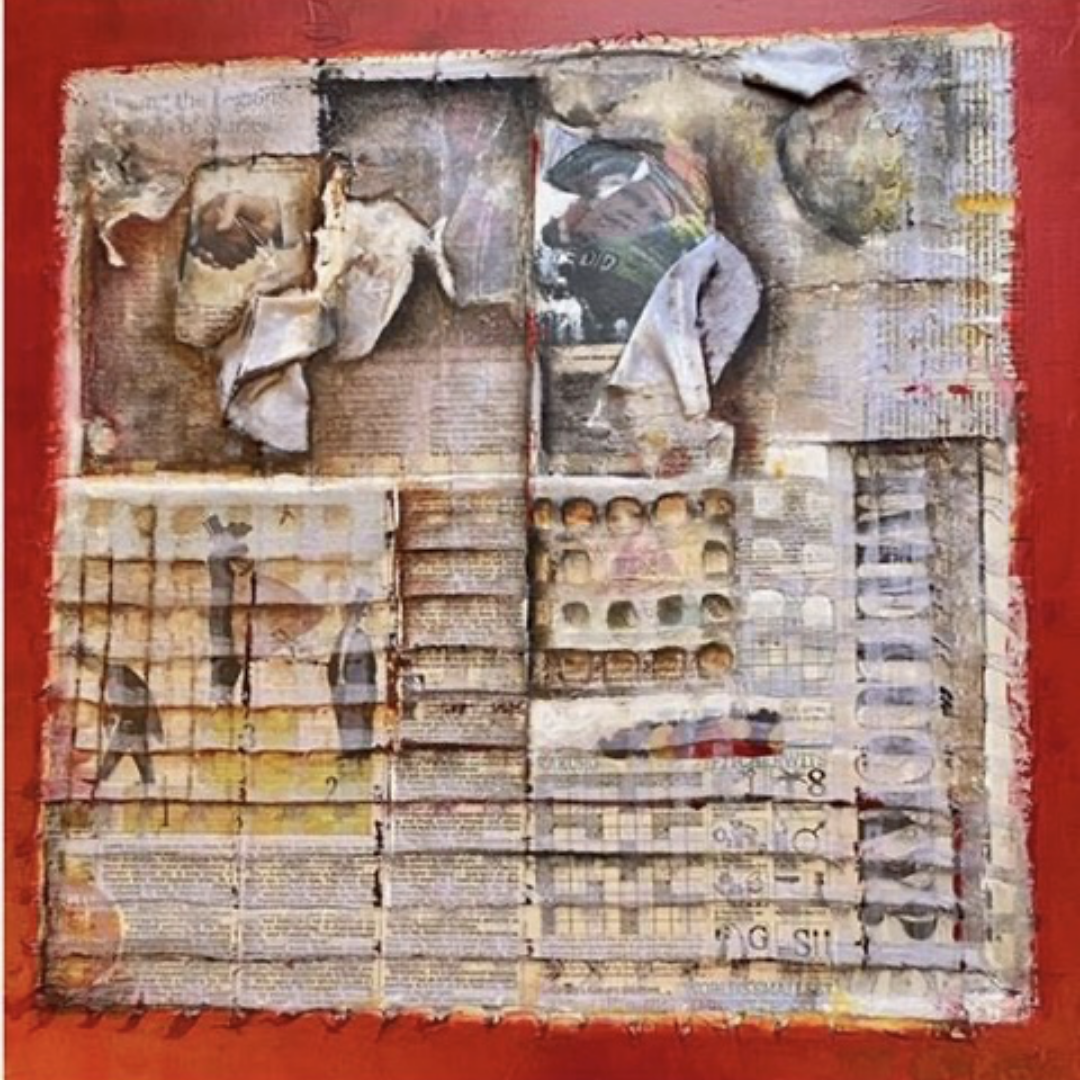 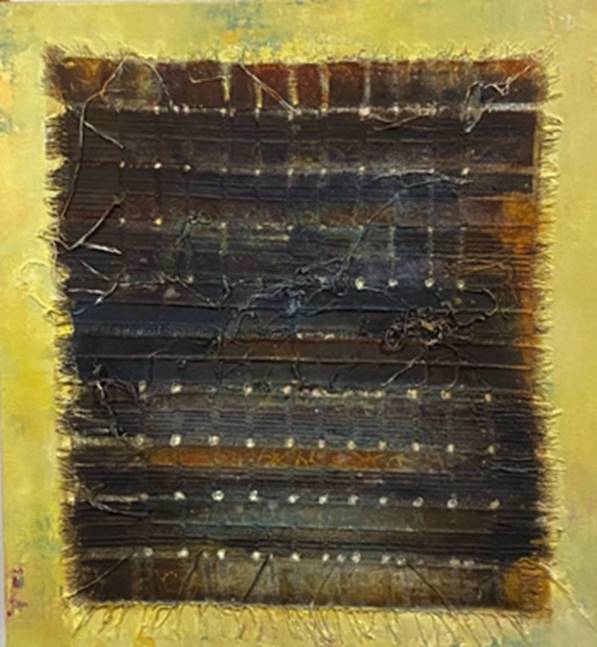 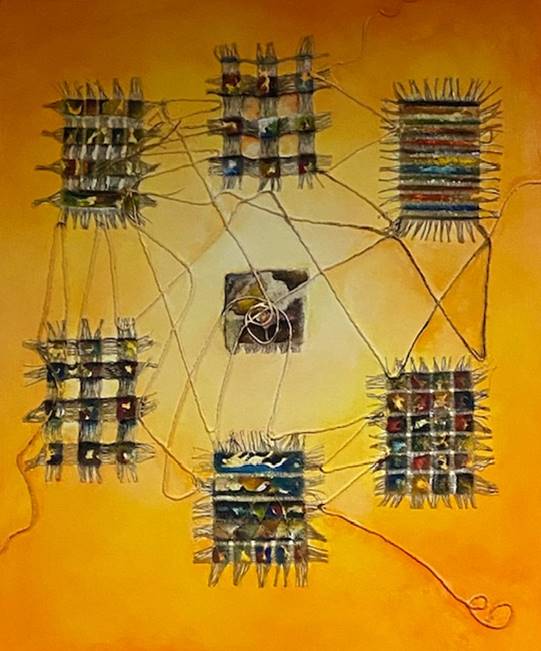 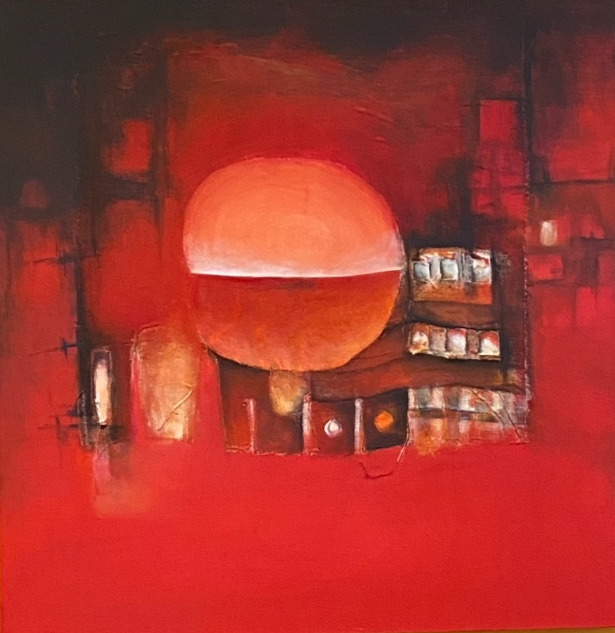 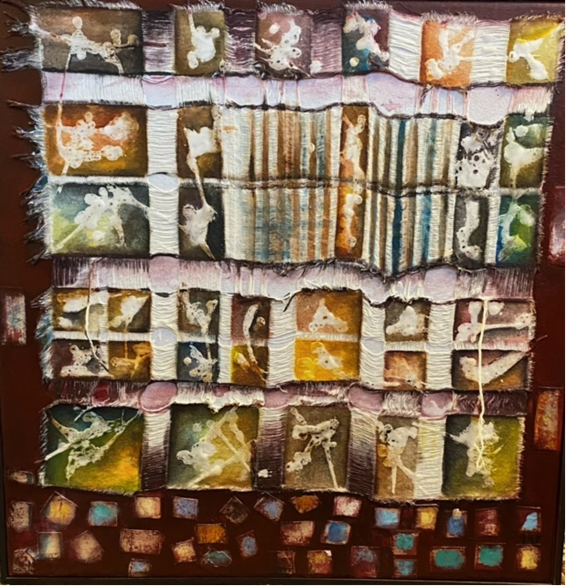 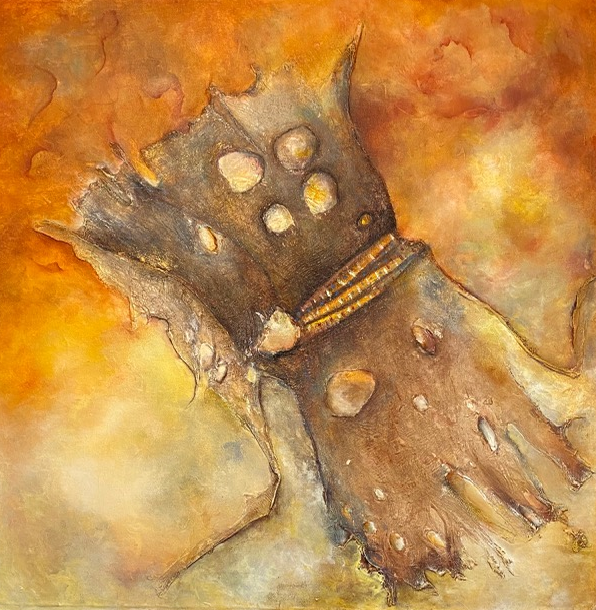 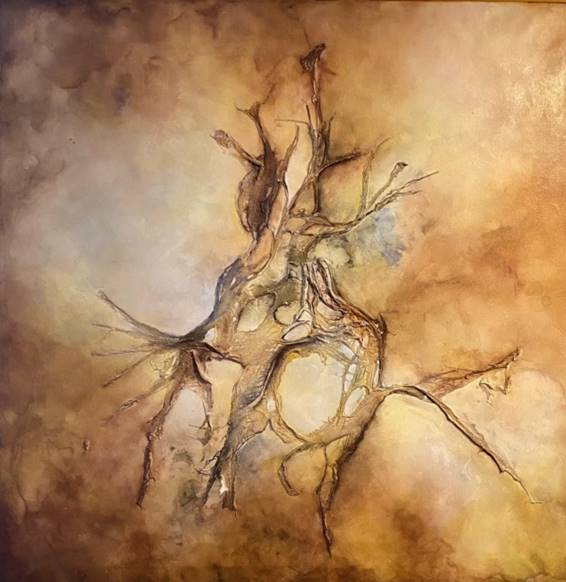 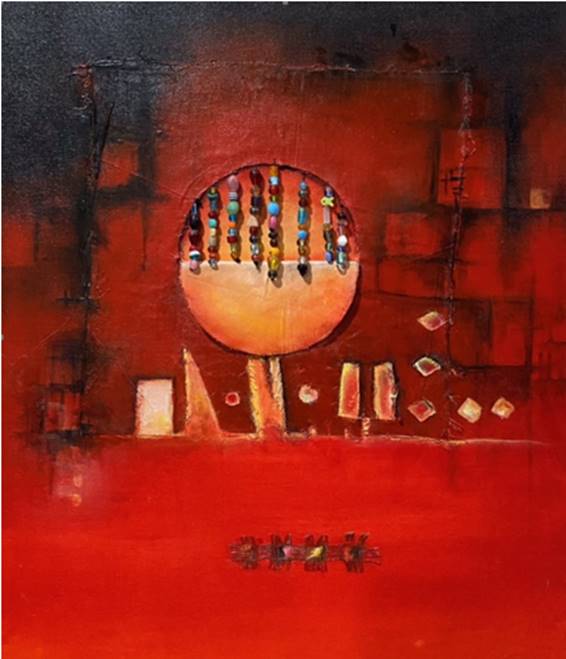 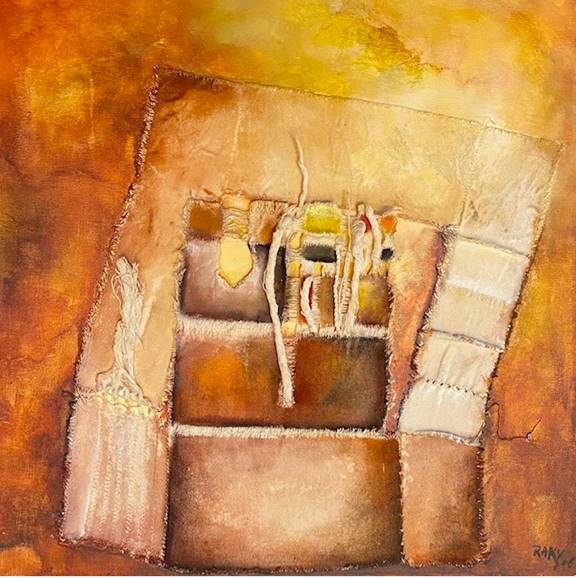 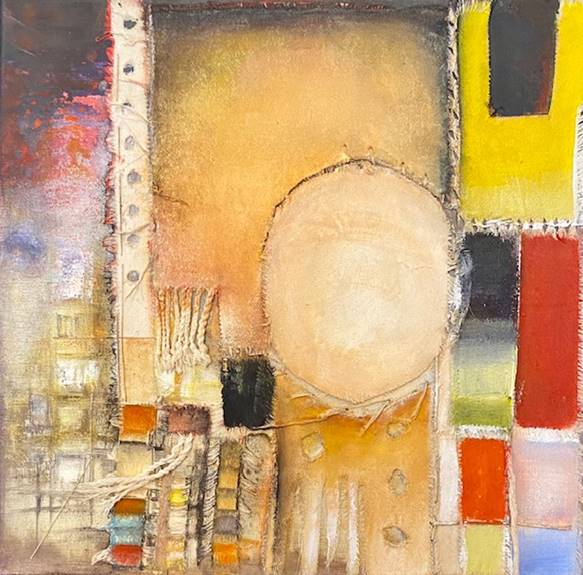 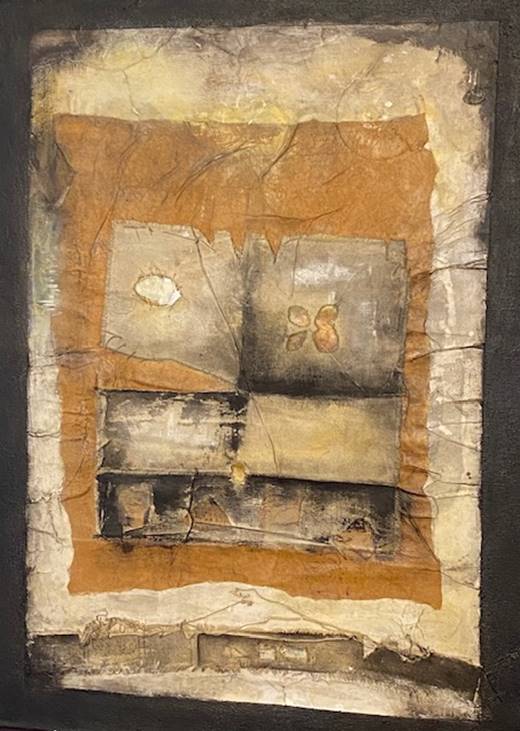 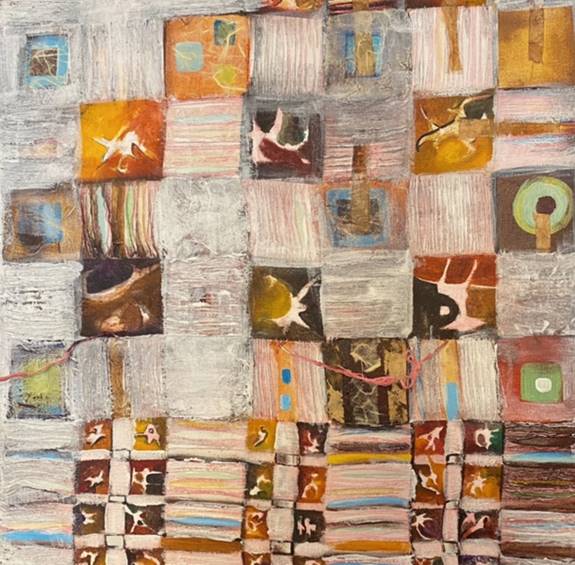 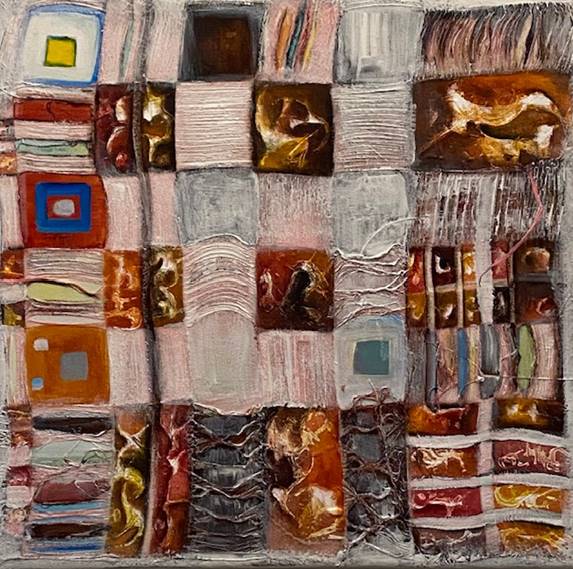