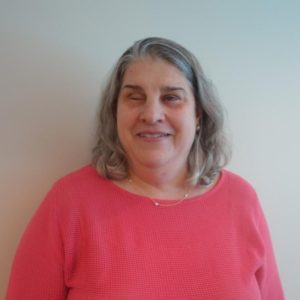 Karyl Berger Cafiero was born and raised in Buffalo, New York. Her high school history teacher sparked her interest in politics, leading to summer Washington Workshops and her decision to attend American University. After college she returned to Buffalo to help her parents in the family business. Karyl then moved to New York City, obtaining her master’s degree in public administration from the Wagner School at NYU. After grad school she worked as an analyst and researcher at the NYC Department of Sanitation and later, NYC Transit, and as staff to a citizen’s transportation advisory/advocacy organization.
In her spare time, Karyl served on the board of the Wagner School Alumni Association, organized fund raisers for the PTA at her daughters’ school, was president of the local Parents of Twins club, and president of her co-op apartment building. In 2016 she was elected to the board of the Park Slope (Brooklyn) Civic Council.
In the summer of 2019, Karyl and her husband Peter relocated to Washington, DC. Karyl was soon elected to the board of her apartment building’s resident’s association, where she serves as Vice President and chairs the events committee. Karyl and Peter joined WNDC in February 2020, and have enjoyed attending a number of in person and virtual events since then.